Editors Note… Every now and then there is a story, a situation that touches my heart and brings me to tears. I know this boy and his family first hand. I am moved with compassion for them and hope you will be too. 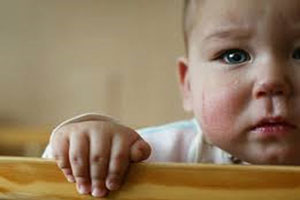 Moshe was placed in an orphanage shortly after he was born. As he grew up he had a dream… To be adopted, to have a Mom and a dad, a real home, the sense of belonging.

As time went on she longed for a family of her own, but was not willing to compromise the promise she had made to her dad. She decided to adopt; this is where Moshe’s dream started to take shape and began to come true.

Rachel made arrangement with an orphanage outside of Israel and that is where she first met Moshe, and the rest is history. In fact, she adopted a sister for him as well. For the next six years they three lived with their new grandmother and everything seemed to be going along well for them.

A year ago this month (June 2015) Rachel at the age of 43 had a stroke and died, leaving these two kids orphan’s again. Fortunately, Rachel had made her older sister Hayah, promises her, that if anything ever happened to her that she would take care of them, they even had legal documents drawn up and after the morning period was over Hayah lovingly brought them home to raise and to become part of an even bigger loving family.

Days after the funeral Child Protective Services said they would be there to help with support for the two children, unfortunately they changed their tune when Hayah went to apply for the financial aid they offered. They told her because she volunteered to take care, to raise nurture, not to mention to make good on the promise she had years ago made to her sister, CPS said they would not help, leaving the family with a financial hardship but they seem to manage somehow. 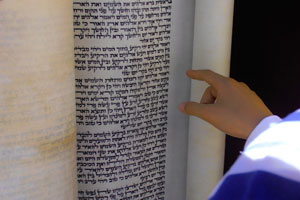 Moshe is now just a few months away from turning thirteen and has been asking his new mom Hayah about his Bar Mitzvah, something every Jewish boy dreams about and looks forward to. She told him they can’t afford it now but maybe later.

He has been dreaming and looking forward to this special day, to this rite of passage into adulthood, this cycle of life, but it looks like it won’t happen now because the cost is just too far out of their reach.

It will cost just about $6000 to see this (now not so little of a boys) dream come true. Moshe has been through a lot in his short life with spending the first six years of his life in an orphanage, feeling unwanted, unloved and having no sense of belonging, then losing his mom and now this and we won’t even mention the seven years of Kassam rocket attacks he has lived with.

We can make a difference in this young boy’s life if you would do just three things. First, click here to make a donation and make sure you mark it for Moshe. Second, post this story on your Facebook page or other social media you use and lastly forward this to your friends. We have starting a Go Fund Me campaign as well, which you can see here.

In the big scheme of thing six thousand dollars is not a lot but for this family, this boy, it might as well be a million dollars and is something so far out of their reach it’s unimaginable, but we can change that. Will you please help today?

Every penny raised will go to Moshe’s Bar Mitzvah and if there is anything left over it will go into a trust account for him for later on in his life. Please click, please post, please share! Toda lecha. (Thank You) We will keep you posted on our progress and hopefully pictures from his Bar Mitzvah.