Friday night at 11p.m. we had a Tseva Adom alarm. The Kassam fired from Gaza hit a preschool. Because of the time of the attack the school was empty. He Kassam went through the roof damaging and destroying  the classroom. 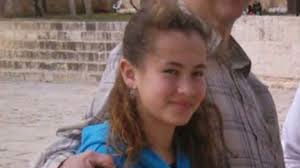 The Iron Dome was not deployed at the time so the rocket had a free pass to hit and damage whatever it could. Kassam rockets have no guidance system; they just point them eastward and light the fuse. We were woken a few more times during the night by loud explosions as the IDF took out 4 terrorist sites throughout the night.

Is this an isolated incident or the beginning of something bigger to come? We will keep you posted of any further terrorist rocket attacks on Sderot. There has been talk about Hamas starting again this summer… will see.

Starting Thursday morning It has been a rough 48 hours in Israel. First a 13 year old American Israeli girl was stabbed to death while she was asleep in her bed by a nineteen year old Palestinian. His mother went on the record to praise her son’s brutal murder.

In the afternoon as a father of ten was driving home with his wife and 2 kids, the car 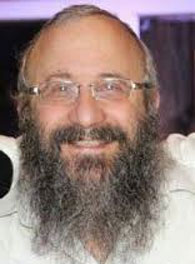 came under a hail of bullets as a terrorist opened fire on them. The car over turned as the father lost control of the car. He was pronounced dead at the scene from gunshot wounds.

His wife is hospitalized in serious condition, she was placed in an induced coma for the past two day. She was suffering with gunshot wounds and trauma from the rolling  over. One son was shot in the stomach but has  been released from the hospital. Their other son was treated and released that night

Friday night’s Kassam pales in comparison to the loss of Hallel-Yaffa Aria 13 and Rabbi Michael “Miki” Mark 48 but was just one more thing to the past 48 hours… But I have not seen anything about any of this on main stream news.

As I searched the news, I failed to see any coverage of the two senseless murders or the Kassam attack on main stream media, I wonder why that is? How many innocent people have to be killed at one time by terrorists for it to make the news?