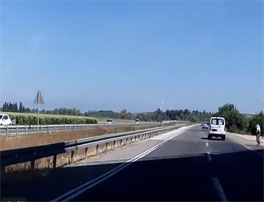 The other day as we were taking an elderly person and their care giver to the hospital, the reality of where I was driving and vulnerability we were exposed to as we on our way.

The main highway that take us to Ashkelon, where the hospital is, basically runs parallel to Gaza. Most of the way you can see the different crop and orchards along the way; it is pretty amazing to see what has happened to this desert. The only problem the area is not covered by Iron Dome… there are few homes and mostly fields. It’s the little (if you can say little) anxieties we live with.

Just last night a Kassam rocket was fired at us from Gaza. It hit a Chabad Yeshiva. Early reports say no one was injured physically; Thanks be to GOD. 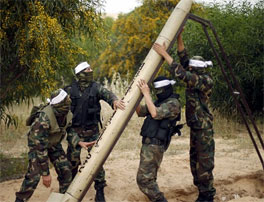 On the other hand, the IDF targets Hamas and if they are embedded in school or under hospital the IDF WON’T FIRE. They give advanced notice to the public before a strike. They do everything to protect civilian lives and Hamas knows that; that is why they use school, hospitals and even mosques to launch their attacks on us.

On To Happier Things!!!

Shortly after we opened our door back in 2008 Pinchas was one of the people that came to us for help. We, thanks to you, were able to help him. For the past few years he has not needed our help… I guess you can say he is one of our success stories. He went to school and became a massage therapist.

He has opened up a little facility and filling a need in the community that we lacked; you had to go to Ashkelon before if you needed that pain in your muscles rubbed out.

He came to me the other day and asked if we could help him with some equipment… nothing big and expensive. We are talking about devices that you inflate to stretch your neck, those types of equipment. People come to him every day to sit with this type of device. His hope is that if he has the ability to show them how to do it themselves that they would not have to come to him every day, but better yet they would not have to pay for the treatment, they could do it home; some of you might understand better than I do. 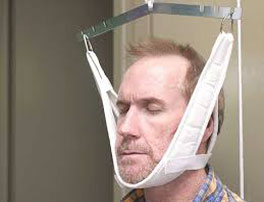 Pinchas says he feels bad having to charge them but you got to keep the lights on and pay the rent. I told him I would see what we could do and how we could help.

So we come to you our supporters with his story, his request and we submit it to you for your consideration. As always… Thank you for your support for the projects we take on. Please mark you gift to Pinchas.

We were there to help Pinchas get back on his feet and there are many other success stories we will share with you in upcoming newsletters.

They are all made possible by your generosity and support… THANK YOU!!! 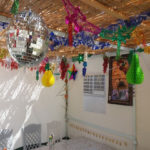 With Passover behind up we now look forward to Succoth, not that it is the next holyday but because it is the next holyday where people will need help. This year Succoth starts the day after Shabbat and ends the day after the following Shabbat, which means there will be four major meal within a nine day period. As with the people you helped for Passover there will be others who will need help for Succoth.

Through your love and support we are able to help those who are in need and have gone through eighteen years on ongoing terrorist rocket attacks.