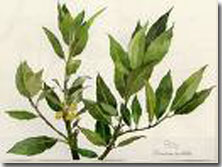 I guess the following news clips sum up the cease fire between Israel and Hamas.

Mean while Palestinian Authority President Mahmoud Abbas said Saturday that a national unity government with Hamas must support a two-state solution, a Hamas official said it would “never agree
to sit in a government that recognizes Israel.”

Britain’s International Development Secretary Douglas Alexander also visited Gaza, and pledged £30m. to rebuild homes, schools and hospitals damaged or destroyed in the recent IDF offensive. During his visit, Alexander urged Israel to relax restrictions on items allowed into the area. “Israel must do the right thing and allow much-needed goods to get through to those men, women and children who continue to suffer.”

An IAF strike targeted a terrorist smuggling tunnel along the Philadelphia Corridor in the southern Gaza Strip Saturday evening. The IDF said the strike came in response to Kassam rockets fired at Israel earlier in the day.

As the world economic situation gets wors by the day, I wonder who Russia and Europe will blame for that as well? it should come as no surprise when the Muslem world blames big satan, the US and little satan, Israel.

In the past week there has been little published about how the cease fire talks are going. Is no news good news, are deals being cut in back rooms I don’t know?… I guess we will just have to wait and see what developes this week.