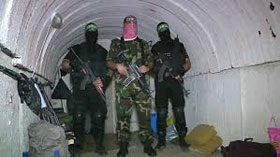 “Since our last newsletter we have been busy with many project in addition to our normal activities i.e. food distribution, Enosh, the school lunch program and the distribution of diapers and adult incontinence supplies, just to name a few.

I would like to bring you up to date and tell you about what your support enables us to do and I will do that in upcoming newsletters but the issue weighing on my heart and the hearts of the people of Sderot is the recent discovery of terrorist tunnels crossing from Gaza into Israel, so I will start there.

Over the past several months there have been many reports of residents along the Gaza border hearing noise coming from under their house. As the IDF is been called in to investigate they have indeed found evidence of terrorist tunnels being dug by Hamas and their operatives.

Hamas has been spending millions of dollars given them to rebuild and repair damage done during the last war in 2014, but instead of helping their people they have diverted the funds and have spent it on rebuilding their terrorist tunnels network. Some reports say they started to rebuild their tunnel network with in days of the last cease fire.

As fast as the IDF is unable to detect the new tunnels crossing the border they destroy them. How many tunnels have gone un-detected is unknown but a few things are certain. The tunnels that have been destroyed thus far have been full of weapons, ammunition hand cuffs and syringes filled with stative’s to make hostages less combative. Secondly Hamas know that if they don’t use those tunnels soon they will lose them to the IDF and that is a real and present danger to us.

Let me give you a possible scenario. If just two 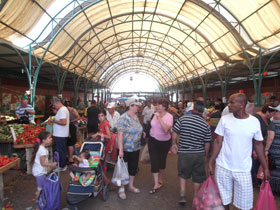 tunnels crossing the border go undetected and there are 200 terrorist in each tunnel, each with one AK47 and 500 rounds that’s 100,000 bullets aimed at innocent men woman and children. If just ten percent hit their mark that’s 10,000 victims.

If the terrorist split up into eight groups of twenty five and head to different locations i.e. shopping centers, schools or the collage, you quickly see the devastation it could bring; and we are all too aware of that possibility.

Because there is not a military presents in Sderot it may take anywhere from thirty minutes to a few hours for a military force large enough to start a door to door search for the terrorists, this attack could go on for hours or even days.

Our first line of defense would be our police department which would be overwhelmingly outnumbered and if the terrorists have mortars and hand grenades the devastation could be catastrophic; anyone out on the street at the time would be a target as would people in shops and first floor buildings so trying to evacuate the city is out of the question.

In my case depending on the time of the day of such an attack, my family is in five different locations do I try to round them all up do we try to leave town or do we sit it out where ever we are at the time? For me to round them up it means I would have to drive through the center of town as well as out by the collage, which would all be possible targets. With only three entrances into Sderot if they are blocked either by the terrorists or the IDF it would then make it impossible for us to leave.

Report after report states that we, the residents of Sderot suffer from PTSD (Post Traumatic Stress Disorder) because the Kassams have stopped falling on a daily bases but the clear and present danger, whether it be a Kassam, a stabbing, or a terrorists popping up in your back yard or your child’s school playground is ALWAYS there! We do not suffer from PTSD we suffer from ATSD (Accumulative Traumatic Stress Disorder) because this threat has been ongoing for fifteen years. 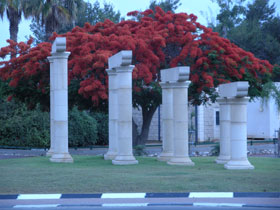 We jump at a door slamming, at a boom even at a dog barking and we look out our window every day to see if the Iron Dome is still deployed. Even though there are new parks going in and the town is becoming a very beautiful place and just because there are new shops opening up it doesn’t change the fact that are sounds coming from our floors, we still look for the next place to hide in case we here “Tseva Adom” which we will once again hear.

As long as the charter of Hamas is to wipe us off the face of the earth and for them there is no greater honor than martyrdom we will continue to suffer with ATSD, that’s just a fact of life of living in Sderot.

Hope For Sderot has been helping victims of terror, the elderly, the working poor, the unemployed and single moms for the past eight years, 5000 (plus or minus a few) Kassams and three wars.

If you would like to help us there are several ways you can do that. You can click here to be a onetime donor or a monthly donor. If you shop on Amazon.co you can click here and amazon.com will send us a percentage of you purchases, you can send our newsletter to your friends on your mailing list, you can like us and share us on your Facebook page and lastly you can pray for the people of Sderot as well as us here at Hope For Sderot.