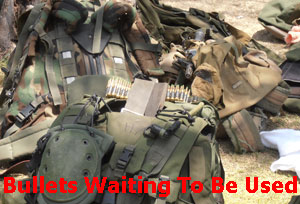 We could be posting pictures of how we are helping the solders that protect us out at the “Iron Dome” or at other places in town where they are now stationed and that would be a “reality” of what is going on and how we are helping out but a more true reality is seen the these two pictures.

The fact of the matter is these kids and I call them kids should be at the beach, going out camping or going out with the guys or maybe out on a date.

Today these 18-25 year old kids are climbing down open shafts into terrorist tunnels, going door to door looking for terrorist and their weapon stashed in homes, school, mosques and hospitals.

The support for our solders now stationed here and around Sderot is appreciated in ways we could never put into words. We took Shabbat food to them last week only to be asked if we could take some of it to a different unit because they were afraid that it would go bad before they could eat it all. 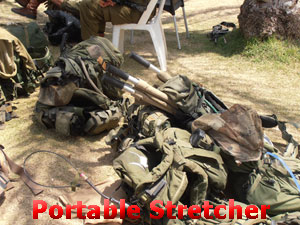 We checked in on them in the middle of the week to find that all the chips and candy they had received on Shabbat was taken by them to the children’s ward at the hospital.

The following is a story written about the Sgt-Maj Adi Briga. You might want to get something to wipe your eyes before you read it.

Pnina Briga tried for years to give birth to a son, only to lose him, a short 23 years later, when a mortar exploded near him on the Gaza border on Monday night.

“The wait heightened the excitement of your arrival, you were loved by everyone,” Pnina said.

She spoke in a low voice, hoarse from crying, as she looked at her son Sgt.-Maj. Adi Briga’s freshly filled earthen grave, which was flanked by six officers in the Ashkelon Military Cemetery on Tuesday.

Before Adi’s flag-draped coffin was lowered into the ground, she and her husband, David, stood next to it with tear-filled, anguished faces.

Pnina bent over, kissed the flag and hugged the wooden box. Then her husband David kissed the coffin, falling down, half fainting, as he yelled out, “Adi, Adi!” in a mournful mantra. Friends and soldiers pulled him back up onto his feet.

They held David back from returning to the coffin. He tried to push forward anyway, his arms outstretched, as if he could pull his son back from the grave by the power of his love.

As she eulogized her brother, Michal said that in spite of the 13 years that separated them, the two were very close and that he had been with her in every important moment of her adult life, from her marriage to the birth of her daughter To’har. He told her jokes to distract her from the pain, Michal said.

“And now I am accompanying you on your last journey. How do I eulogize you? Where do I start? How do I put into words the painful thoughts we have had since yesterday? The harsh news shook us to our core, making it hard to breath,” she said.

“It is intolerable to think of you in the past, it is too painful,” she said, breaking into tears.

“I told my daughter To’har that a missile hit you and that you would not be returning from the war. What do I tell her when she says, ‘He promised he would return, and promises should be kept’?” Michal asked….