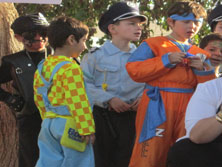 Torani Hadash Elementary School was built in 2010 in response to the previous ten years of Kassam rocket fire from terrorists in Gaza. The school is a religious elementary school which means that boys and girls are separated and have different classrooms, teachers and playground areas.

The children who go to this school range in age from seven to twelve, which means they were born into “Tseva Adom” and have lived with the fear of Kassam attacks all their young lives.

Writers who write about Sderot often mention that the children here suffer from “Post Traumatic Stress Syndrome”, but nothing could be farther from the truth. As long as we live with the threat of a Kassam’s being fired at us we are not living in a “Post” situation. 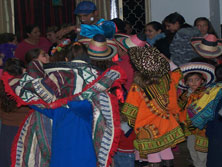 We were contacted by the National Conference of Synagogue Youth of New York back in January. They told us of a fund raising project they undertook called “$15 in 15 campaign”, representing the 15 seconds it takes for a child to get to the bomb shelter once a rocket is launched. They wanted to do something for the children of Sderot.

We work with Torani Hadash Elementary School and asked them how we could arrange something special for the kids of the school. At that time Purim was a month away, and Rosh Chodesh was about fifteen days away and we wanted to make these two days special for the kids.

Remembering that these kids have lived all their lives with Kassams, “Tseva Adom” alarms, bomb shelters and fear, we wanted to make two parties for the two holidays, lively parties with games and food and singing and dancing and all topped off with gifts and prizes – something they never get in school, and which would be a special treat for them. 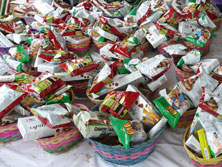 It was a joy to see these kids having fun and being kids; kids that for a few short hours on these two occasions seemed not to have a care in the world except which chip or which candy they were going to eat next.

At the end of the day the children all walked out of the school (which is a fortified building, basically it’s a giant bomb shelter) through the playground which has eight small bomb shelters on it. Each had a gift bag of goodies and the prizes they had won playing the games There they met their anxious parents waiting to pick up their children. There is always that moment when children and parents meet each other, seeing that neither was hit by a rocket that day. At that point life was back to normal, if you can call being targeted by rockets a normal life for kids. 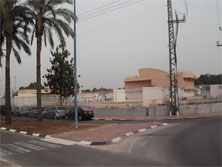 What National Conference of Synagogue Youth of New York for these children cannot be expressed with words. The joy and excitement of the day will outlive the gift bags and the toys. The act of love and kindness of the NCSY also will leave its mark on the teachers and staff as well. It is rare for strangers to help in such a way but they bring hope when they do help. It brought strength and it told them that we are not alone in this daily struggle. Thank you National Conference of Synagogue Youth of New York.