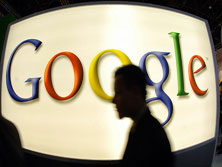 “As far as the east is from the west, so far hath he removed our transgressions from us.” Psalms 103:12
“For I will forgive their iniquity, and I will remember their sin no more.” Jeremiah 31:34
Our G-D is a forgiving G-D, a G-D who has a bad memory towards His children that come to Him with a “broken heart and a contrite spirit” At least that is what I get out of Jeremiah 31:34.

In Psalm 103, He says, through King David, that He removes our transgressions as far as the east is from the west; and that is in a straight line, which means they go forever farther and farther away from Him.

He removes and forgets; and if you believe we are made in His image and that He calls us to be Holy, like He is Holy then you would have to agree that He expects us to do the same thing toward others.

I am sure we have all heard at some time in our lives “I can forgive but I’ll never forget.” When I was growing up I watched week after week ABC sports as they “Spanned the globe to bring you the constant variety of sport… the thrill of victory… and as they showed Vinko Bogataj’s crash we heard the words “and the agony of defeat…”

More than likely if film crews had not caught his crash on film you would have never seen Vinko Bogataj’s crash nor would he have been reminded of it week after week. Yet today there is something bigger that ABC Wide World of Sports that is keeping record of every failure, every crash we make and we don’t even know it.

Everything that is posted on the internet, every picture you or someone else posts on one of many social networks is there forever. So in thirty years from now when your son or daughter decides to run for public office or even applies for a job, it will all be brought up; the good, the bad, and the ugly. It will be remembered for ever. G-D never rubs our noses in our shortcomings, in fact, He wants them forgotten, never to be remembered again.

When Stacy Snyder was twenty five she was in training at Conestoga Valley High School in Lancaster, Pa., on her way to become a teacher. She posted a photo of herself on her MySpace page. The picture was of herself at a party wearing a pirate hat drinking. The caption read “Drunken Pirate.”

The picture was discovered by her supervisor at the high school and she was told the photo was “unprofessional.” The Dean of Millersville University School of Education, where Snyder was enrolled, said she was promoting drinking in view of her under-age students. Days before Snyder’s scheduled graduation, the university denied her a teaching degree and her life was changed forever. A harmless picture?

The Rabbis of old taught that any kind of gossip or tale-bearing about other people — oral or written, true or false, friendly or mean — was considered a terrible sin. They went on to teach; if a man was a repentant sinner, “one must not say to him, “Remember your former deeds.” And yet today they are all etched in cyber space for all to see, for all to remember, for all to Google at, for all time.

Today, only in G-D will you find transgressions removed “As far as the east is from the west” and only Ha’Shem says “I will forgive their iniquity, and I will remember their sin no more.” Something He calls us to do as well.

Just a thought… maybe we should think twice before we post that picture, maybe we should warn our children of the life changing consequences of social networks because the world in not forgiving or forgetting like Ha’Shem.