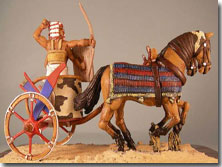 “Some trust in chariots, and some in horses: but we will remember the name of the L-RD our G-D.”

As we were having a conversation with a journalist who wanted to do a story about Hope For Sderot the editor of the paper came in and gave us the news that one of the banks here in Sderot wanted to help us in some way. The discussion went quickly from how Hope For Sderot was founded and what the L-RD has done, to “The need to build a relationship with the bank, the city government and any influential person that might come your way”.

I was told that we needed these people on our side and that we need to foster relationships as the opportunities come to us. Basically I was told we need these people. I’m sure my response was not what they expected to hear nor was it the typical response you give to a bank. But it was the proper response from someone who is a servant of the L-RD G-D most high. My response to the bank manager and the Mayor of the city, “With all due respect I don’t need help. This organization belongs to Ha’Shem and it is His. In the past year He has provide everything we have needed and given out. He will continue to provide as he sees fit to bless his children here in Sderot.”

Their response to that was “Yes I know, BUT.” But there is no “but”. In the book of Samuel, Samuel is told by the children of Israel that they want a king like everyone else around them, that even though G-D has lead them and fed them and has been true to His word and His promises to Abraham, Isaac, and Jacob they still wanted something they could touch and see to lead them. You know the rest of the story and the rest of the history of Israel. Yes they had good G-D fearing kings along the way but they also had one bad king after another, leading them into harlotry and away from G-D.

Where are you placing your trust, your faith and hope? Do you trust in the L-RD who will NEVER fail you or are you putting your trust, your faith and hope in politicians and banks to see you through life? Like the man of G-D, Joshua said, “Choose for yourselves this day whom you will serve; whether the gods which your fathers served that were on the other side of the river, or the gods of the Amorites, in whose land you dwell: but as for me and my house, we will serve the LORD.”