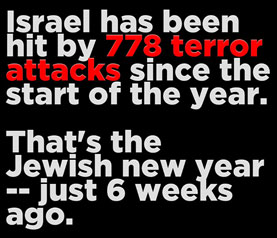 When 18-year-old UC Merced student walked into a classroom with a hunting knife and proceeded to stabbed fellow students, at that very moment the citizens of Merced, the students of that collage felt first hand what we have been going through for years but especially for the past month. The collage and the community was stunned, shocked and in disbelief that something like this could happen there.

Our hearts go out to the victims, their families, friends and community; we know all too well what they are going through, with one exception.

The UC Merced incident according to Sheriff Warnke  the FBI found nothing to indicate terrorist ties, but even so the effect was the same. Students will look around at by passers more and might even be afraid when going to school now.

The biggest difference between this incident and what we are going through is that the attacks we experience are terrorist attacks, terrorist attacks from people who chant “Death to Israel” and “We will uproot the state of the Jews.”

Islamic fundamentalist, known as Islamic State released a video Friday, showing one of its jihadi militants threatening to attack Israelis in Hebrew, promising that “soon there will not be one Jew left in Jerusalem.” 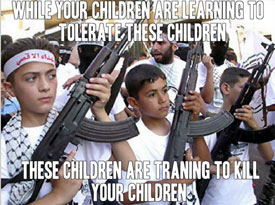 With threats like this; “We assure you that soon there will not be a single Jew left in Jerusalem and throughout the country,” adding “we will move to eradicate the disease” of the Jewish people worldwide” and with daily acts of terrorism how are we to feel and act?

At one time to get on the train just to go to a different town for the day was a fun thing to do but today you think twice before getting on any public transportation.

Throw in an occasional Kassam rocket into the middle of the daily Stabbings, shootings and hit and run and maybe you can start to understand just a little of what life is now like in Sderot, in Israel.

We reach out to the citizens of Sderot in any and every possible way we can to try to make life a bit easier. Whether is through bring food to families in need, supplying sandwiches to hungry children in school or providing diapers for single mother of incontinence supplies for the elderly or making home repairs it is all done through your generosity. Without your support none of this would be possible.

To those who support us THANK YOU!  If you have never helped us before and would like to help us ease, is just a small bit of stress from the people of Sderot please click here to start.