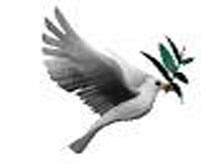 Thursday morning at 5:55 we once again heard ‘Tseva Adom” (Code Red). Oh how I hope and pray the quiet will last. Unfortunately when a Kassam is fired, Israel seeks out and tries to destroy the launch site in Gaza. In retaliation Hamas sends another Kassam and Israel responds by taking out that launch site and a vicious circle begins. Some say and report the cease fire is over… I pray they are wrong!

Even though you know a Kassam could be launched at any moment, day or night, the past two weeks have be wonderful. Yes you still walk the long way because there are more bomb
shelters along the way and you still start the car before you close the door and you still go to the market that has a safe roof even though the prices are cheaper at the market without a safe roof. Welcome to life in Sderot.

An interesting situation that will be developing between Egypt and Israel in the next few weeks will possibly be a change to the Camp David Accord. Part of the agreement was a restriction on the forces Egypt could place on the Sinai peninsula, especially within 20-40 km from Israel border. In the past, Egypt has not been able to secure the “Philadelphia Corridor“ where Hamas digs their smuggling tunnels from Egypt to Israel because of this agreement… but that will be changed and the Camp David accord will need to be reopened, changed, and amended.

What can of worms will that open and what will be the implications of Egyptian troops on the Israeli border? From the outside it seems harmless and needed to help stop Hamas… But Egypt is not loved by its Arab neighbors, so what happens when there is a change of power in Egypt, will History repeat itself? “Now there arose a new king over Egypt, who did not know Joseph. And he said to his people, “Look, the people of the children of Israel are more and mightier than we; “come, let us deal shrewdly with them…”
What does the future hold for Israel…?  Only the one who holds the future knows.  What I can tell you is in the end… HE wins and Israel WILL posses all the land G-D gave to her; In the end the occupiers will be removed by the mighty hand of G-D and there will be peace in the land.