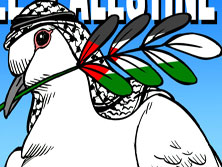 Iran reportedly is building a new rocket launch site with a little help from their friends; North Korean. While western countries and some European countries suspect Iran is trying to build nuclear weapons for military purposes; Iran insists its nuclear program is peaceful.

The twelfth Imam is believed by most Shi’a Muslim to be the last Imam. They believe that he was born in 869 and did not die but rather was hidden by God to return to earth and that he will then bring peace and justice to the world. Approximately 85% of Shī‘a Muslims, of which Mahmoud Ahmadinejad and Hassan Nasrallah are, believe this. They believe they have established contact with him! They also believe his return is imminent!

As with Judaism and Christianity, which believe certain things must happen before Messiah can come and usher in global peace; Muslims also believe that certain things must happen. They believe “The last hour would not come unless the Muslims will fight against the Jews and the Muslims would kill them”. The death of the Jews and the annihilation of Israel for them is all part of their “Peace Process”.

Somehow in their twisted understanding they believe that killing Jews is the right thing to do and once that job has been accomplished the twelfth Imam can come and the world can have peace. They also believe that if along the way you kill a few million of your own people that too is ok because they died in a holy war and they are considered martyrs deserving paradise.

For the 85% Shi’a Muslim population (a little over two million people) it is “peace at any price”. “We must rid the world once and for all of the Jew.”