So, since 20 May 2021 we have had peace and quiet.  No rockets, no alarms, no explosions, no deaths. This past operation “Operation protective wall” was unlike any of the past three wars with Hamas terrorists from Gaza.

With each successive confrontation with the Hamas terrorists from Gaza, their force becomes stronger. In “Operation Cast Lead” we had Kassam after Kassam, some days as many as 60 a day. We did not have Iron Dome then and most of us in Sderot did not have a bomb shelter attached to our homes. There were over 750 rockets and mortars fired by all Hamas factions.  Operation Cast Lead was my introduction to life in Sderot. That time was very scary but not as scary as what we just went through. 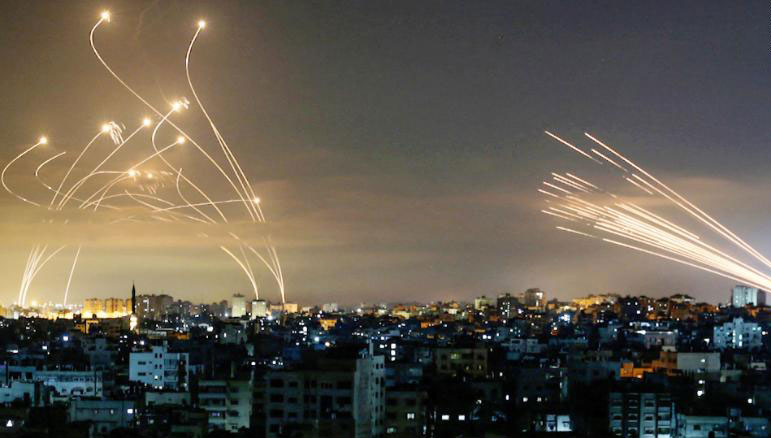 We had somewhat peace and quiet for about  three years, but once again the Hamas terrorists from Gaza started firing at us and we had the beginning of “Operation Pillar of Defense”. During that operation, Kassams continued to rain down on Sderot and other cities. This time they fired some 1,456  rockets and mortars. They also were now aiming at Beer Sheva, Ashkelon and Ashdod and even Jerusalem. Hamas had taken the 3.5  year cease fire, (“Hudna” to them), to restock, retrain and to come back stronger and they did. This time however, we had Iron Dome to help protect us and it intercepted 421 terrorist rockets. Many of us now have bomb shelters attached to our homes. It still was scary but not as bad as what we just went through.

In 2014, we once again found ourselves in a conflict  with Hamas terrorists from Gaza and in the middle of “Operation Protective Edge”. This time they had new rockets with stronger war heads that could travel even farther. Not only was Sderot still their favorite target but Jerusalem and Tel Aviv also saw rockets falling in their cities as well. This time they fired over 4564 rockets and mortars. For Tel Aviv and Jerusalem this was still a relatively new thing but not for us.  By now we have had fourteen years of practice running for our lives to our bomb shelters or “safe rooms”.

Three wars, three cease fires and with each new war the Hamas terrorists from Gaza became stronger; in part because of their definition of the words “Cease Fire”. To a western world mentality a cease fire means to try to put an END to the conflict so we can ALL live in peace and quiet, to put an end once and for all to the conflict.

With seven years of relative calm, Hamas has had time to rebuild their underground tunnel network, improve their firing capability, acquire long range mortars and even employ drones in their attack on Israel.

So what made “Operation Guardian of the Walls” even more scary than the operations before? In the first three days  of terrorist attacks over 2000 rockets were fired at us. That would come out to 1 rocket fired indiscriminately every two minutes, non-stop 24 hours a day for three days; but that was not the case.  This time they fired barrages of 15 or more rockets at a time. This went on for eleven days non-stop. Add to those incoming terrorist rockets explosions, outgoing intercepted rockets explosions, artillery fire explosions and aircraft fire explosions … things were a little intense to say the least over these past eleven days.

In part two we will talk about “post” “Operation Guardian of the Walls” and what the future looks like.