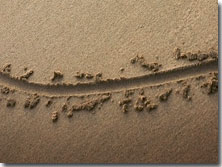 You’ve seen it before… the two football teams ready for the big game, they both pray to G-D for victory and one of the two praying teams looses… what happened they both prayed? I thought G-D was on our side, why did we loose?

It’s not whether G-D is on our side but rather are we on G-D’S side. G-D will never bend His commandments for His children, instead He will use His commandments to train up His children. “Oh just a little pot before I pray… I can really get in to prayer then”… “you don’t understand, we really love each other and we are married in our hearts”, “the government wastes so much money that I don’t agree with, I’ll just fudge a little here and there on my taxes” Who’s side are you on? If we are doing those things we surly are not on the side of G-D; He demands justice and He calls us to be holy just as He is holy.

Take a look at the Tanakh, The Old Testament and you will see time and time again how G-D uses Israel’s enemies to bring His judgment upon them for breaking His commandment. The day His people stood at the base of Mt. Sinai and said “All the words which the LORD has said we will do” they entered into that covenant with Ha’shem and became accountable to Him for keeping His commandments. That day, Israel was on the side of G-D, He was not on their side.

Joseph, when he was confronted by Potiphar’s wife said about her sexual advance; How then can I do this great wickedness, and sin against God?” He was on G-DS side. Daniel, Shadrach, Meshach, and Abednego, all on G-DS side… Just a thought … do you think G-D is on your side or do you know you are on G-D’S side?