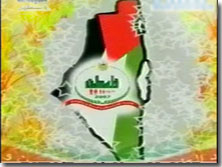 By Clifford D. May

It’s not peace, reconciliation, or even an end to the carnage.

A thought experiment: Imagine that Hamas announces it will immediately cease and desist from firing missiles into Israel, that there will be no more such attacks in the future, and that it will release Gilad Shalit, the Israel soldier kidnapped two and a half years ago and held incommunicado ever since — with not even the Red Cross allowed to see him. What would happen then?

Moderate Israelis would pressure their government to make a reciprocal gesture: to stop the air attacks on Hamas’s command and control centers, release Palestinian terrorists from Israeli jails and get serious peace talks underway.
But anyone who knows anything about Hamas also knows that such a scenario is implausible. Hamas was created to fight and win holy wars — not to seek peace and sing kumbaya with infidels. Hamas wants a Palestinian state in place of Israel — not next door to Israel. And for Hamas, preventing Palestinian carnage is not a priority. That’s not a slander, it’s a fact. As Hamas parliamentarian Fathi Hamad eloquently phrased it: “We desire death as you desire life.”

In 2005, Israelis undertook a real-life experiment: They said: “The Palestinians have a grievance: our occupation of Gaza and the West Bank — even though we administer those territories as the consequence of a war launched to annihilate us. But if our presence provokes violence, let’s see what results from our absence.” That summer, Israel pulled every soldier and settler out of Gaza. Every house of worship and cemetery was removed. But greenhouses were left behind.

Palestinians might have responded by using those greenhouses to grow flowers for export. They might have built factories, schools, hospitals, and hotels along their Mediterranean beaches. Had that been their choice, moderate Israelis surely would have made further concessions — for example, uprooting Israelis from the West Bank as well, and offering to negotiate a division of Jerusalem.

Instead, of course, Palestinians smashed the greenhouses and put Hamas in charge. Since then, Hamas has done nothing to spark economic development. Nevertheless, it has bemoaned the increasing destitution of unoccupied Gaza — now blaming it on Israel’s “siege” — and demanding aid, not least from Israel, which has given it (as has the U.S.), even as the rockets have fallen.

We should understand by now that when Hamas officials vow to fight “occupation,” they are referring to any and all territory on which Israelis now exercise self-determination. Osama Hamdan, Hamas’s representative in Lebanon, said: “Our goal is to liberate all of Palestine, from the [Jordan] river to the [Mediterranean] sea…” Similarly Hamas official Mahmoud Zahar has said: “We do not recognize the Israeli enemy, nor his right to be our neighbor, nor to stay, nor his ownership of any inch of land.”

In Hamas’s view, a Muslim may do his duty and wage war for Israel’s destruction. Or a Muslim may shirk his duty. There is no third option.

One final thought experiment: Imagine that Hamas someday achieves its goal and wipes Israel off the map. Would that be the end of the global conflict now being waged by militant Islamists? Or would the Khomeinists of Iran — Hamas’s chief benefactor — al-Qaeda, the Taliban, Lashkar-e-Taiba and similar groups be energized and encouraged? Having vanquished the “Little Satan,” what is the chance they could be sweet-talked out of continuing to battle the “Great Satan” in pursuit of the power and glory they believe is their due?

By contrast, if Israel can deliver a crippling blow to Hamas, the mission of the militant jihadists will appear to have lost Divine sanction. As my colleague, the historian Michael Ledeen, has noted: “Nothing is more devastating to a messianic movement than defeat.”