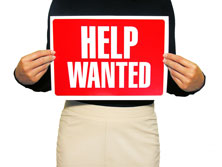 As you know by now, Hope For Sderot helps those who have been injured by the Kassams both physically and mentally as well as economically. This just about includes the entire population of the town. Since the end of last year’s Operation Cast Lead, there have been over 308 rockets, missiles, and mortars that have been fired at Israeli citizens.

Economically Sderot has taken a big hit by the years of Kassams as well. Sales at stores in general have dropped by nearly 50 percent. Due to the intense rocket fire of May 2007, 350 small businesses were forced to shut down and 11 Sderot factories also shut down or relocated, causing unemployment to soar.

Yes, it has been quiet, quiet being only 308 Kassams fired in a year, but the factories that left have not come back and the stores that have closed have not reopened and the unemployed citizens are still struggling. Things may have improved in one area of life in Sderot but in other areas it is still a struggle.

Seldom do we come right out and ask for help, however, this is one of those times. We are presently supplying food to 144 families per week and making 200 sandwiches a week for kids in school. That is as much as our funding allows us to do.

If only 1000 people, groups, churches or synagogue, would come along side of us with a gift of ten dollars a month, we would be able to help with the lunch and breakfast programs as well as adding the people on our waiting list to our weekly distribution list.

Would you or your group consider helping us help the innocent victims of Terror; those that are being targeted just because they are Jews? If you are willing to stand with us, to help these children of Israel get back on their feet please click here.