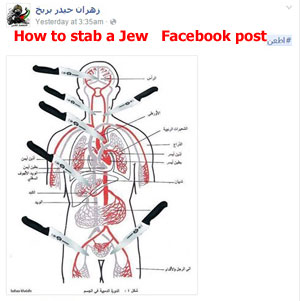 Over the past few weeks there has been an unbelievable upsurge of terrorist attacks on Israelis, not only in and around Jerusalem but throughout the country.

In Sderot we to are on a heightened alert for what could possibly happen as well. The overall sense in Sderot is one of “One more thing added to our already full plate from the past sixteen years of Kassam attacks and terrorist tunnels.

As if living with the fear of an impending Kassams attack is not bad enough or the newer threat of tunnels being dug by Gaza terrorists that are designed to kidnap and kill Israelis and are targeting  the playgrounds of our elementary school, and now this.

Today we walk down the street not only looking for the next place to hide in case of a Kassam attack but now we are looking at the people that pass us by as well. Your coworker, the cable repairman, the young lady that just got off the bus or a 13 year old kid, they all become suspect and with due reason. 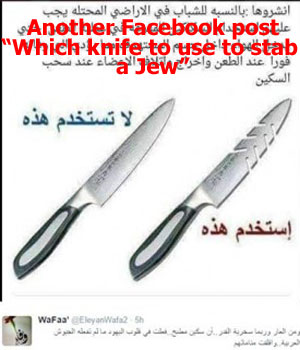 In the past few days each of those people pulled out a knife and started attacking innocent civilians, solder and the police.  Like I said this is just one more thing added to our plates and we are afraid, and rightfully so.

I can no longer keep up with the incident count because they are happening lately twenty four hours a day, seven days a week. Suffice it to say people are concerned and scared.

People are staying in their home behind locked door more, the streets have fewer people out and about because you never know who has a screwdriver, a knife, a meat cleaver or is going to drive his car into a bus stop

I am not sure if there is a way to stop this new wave of terrorism. The terrorist are Palestinian /Israeli citizens with the same I.D. card and right to free passage as any other Israeli to travel anywhere in Israel. 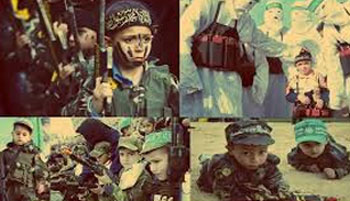 Just today Hamas advised its terrorist to stop using knives and start using cars to carry out their hatred for Jews; their rational… you can kill more and get away faster. This is the mentality, the mind-set we are dealing with.

Right now it looks like our doors will be closed in November due to a lack of funds and our annual Hanukkah party for the children of Sderot also is in jeopardy but with your help both can go on as planned. 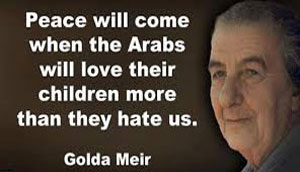 becoming a monthly donor? Just click here to help. Would you consider changing the way you shop on Amazon.com and sign it at amazonsmile.com and choose Hope For Sderot for the organization you want to support?

It costs you nothing and your purchase price does not change. The Amazon Smile foundation make the donation to us based on what you spend. Simple, easy and cost you nothing but it helps us. Thank you for your love and support.