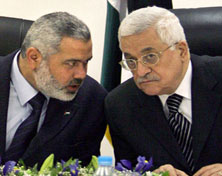 The hatred of Jews is not a new thing. We can go back to the days of Joseph and see that the king of Egypt was concerned because as G-D had promised Abraham, the Children of Israel began to multiply and became as numerous as the sands of the sea. The king was afraid of the Jews less they “multiply, and it happen, in the event of war, that they also join our enemies and fight against us, and so go up out of the land.” Therefore they set taskmasters over them to afflict them with their burdens.

I don’t know about you, but if I had thought that my mother loved my sister more than me I would have been devastated. The brothers of Joseph hated him because Isaac favored him over them. Not only did G-D tell them they were His chosen but he backed His words up with miracle after miracle and favor after favor.

But it goes beyond the mere jealousy of being a people chosen by G-D. The Egyptians had their gods, one for every day of the week and every situation. Their gods basically said “Don’t worry be happy” or “If it feels good do it”. On the other hand the G-D of Israel said, “there are certain things you need to do and other things I don’t want you to do; not because I’M mean but because I love you and they are not good for you, trust Me!”

This new way of life seemed to be against everything the world believed, but in reality the world was against everything G-D stood for and sad to say, even today it is still against what He still stands for. You see G-D never changes, He is not progressive. What was wrong in His sight 5771 years ago is still wrong in His sight today and the world doesn’t like that. The world still has an Egyptian mind set.

As the world rejects the Jews and hates them, in actuality what they are saying is, ‘If we reject you we also reject your G-D. When the children of Israel complained against Moses, Moses said, “Your complaints are not against us but against the L-RD.”

Today G-D is still asking the same questions of all of us… “How long do you refuse to keep My commandments and My laws? “How long will these people reject Me? And how long will they not believe Me, with all the signs which I have performed among you?” “How long shall I bear with this evil congregation who complain against ME”.

We won’t even touch, at least not now, on the spiritual aspect or the implications of G-D verses Satan. Suffice it to say the world hates the Jew because the Jew represents G-D who the world hates.