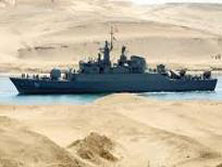 With the unrest in Egypt, Lebanon, Libya, Tunisia, Iran, Bahrain, Yemen and the list goes on, there is a story that is not getting much air on the evening news or press time in newspapers.

As the Egyptian protests and rioting was taking place, many of you heard for the first time about the Muslim Brotherhood, a group that has a long history and has been in the middle of many a Muslim revolt. In addition, the word caliphate has now been added to our vocabulary, but those are not the stories I am talking about.

While all this was happening, two Iranian war ships were waiting for permission from the new Egyptian government to pass through the Suez Canal; something that had been prevented from happening for more than thirty years. Rioting then broke out in Bahrain and the news media lost interest in those two ships. A few days later as the rioting in Libya started; those two warships from Iran were now making their way into the Suez on their way to the Mediterranean.

As the rioting in Libya intensified and picked up speed so did those two Iranian warships and they made it safely to their new home in Syria. The two countries have signed an agreement that allows Iran to build and maintain a naval shipyard in Syria.

The new Iranian shipyard, slash munitions storage facility, slash training facilities will be the second such naval facility that Syria has allowed to be built and maintained by a foreign power, the first was to Russia, and that one you might not of heard about either!

Iran said the ships were not performing any military exercises, but were on a routine visit, yet this is the first time in 30 years an Iranian warship has passed through the Suez Canal… If that is their idea of a “routine visit” I wonder what their definition of “Peace” is. 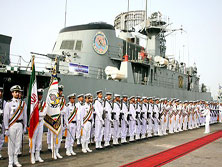 With a distance of 150 miles between the Port of Latakia, where the base is being built and Jerusalem, Persian, (I mean Iran) no longer needs sohphistcated delivery systems to deliver a apocalyptic blow to Israel. A rocket launch from international water is even closer yet for Iran.
Magog, (I mean Russia) says their base, will “support Russia’s anti-piracy operations off Somalia”; why that’s just a 3644 mile hop skip and a jump for the Russian navy from Syria!