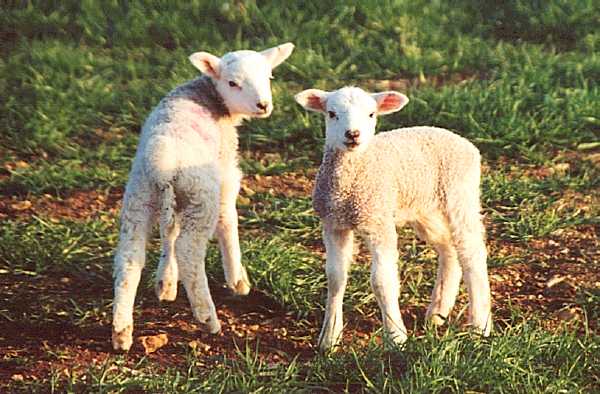 This Shabbat we celebrate what is called Shabbat HaGadol (“Great Shabbat”) is on the Shabbat immediately before Passover. There is a special Haftarah reading on this Shabbat of the book of Malachi.
Various reasons are given for the name of this Shabbat:
1) The Midrash Rabbah states: “When they (the Jewish people) set aside their paschal lamb on that Shabbat, the first-born gentiles gathered near the Israelites and asked them why they were doing this. The following was their response: “This is a Pesach offering to G-D who will kill the firstborn Egyptians.” They (the firstborn) went to their fathers and to Pharaoh

to request that they grant permission to send the Jewish people free – but they refused. The first-born then waged a war against them and many of them (the Egyptians) were killed. This is the meaning of the verse (Psalms 136:10): “Who struck Egypt through its first born; for His kindness is eternal”.
2) The Tur states: The lamb was the Egyptian deity. Many Jews, after 210 years of immersion within Egyptian civilization, had also adopted this animal as their god. When G-D commanded that a lamb be set aside and tied to the bed for four days in anticipation of sacrifice, the Jewish people abandoned their idolatrous practice and courageously fulfilled this mitzvah in the eyes of the Egyptian people, thereby demonstrating their complete trust and faith in G-D. Nothing could have been more abominable to the Egyptians, for their god was to be slaughtered. Nevertheless, miraculously the Egyptians were unable to utter a word or lift a hand. They watched helplessly as their god was being prepared for slaughter. This miracle was a great miracle (nes gadol) and gives this Shabbos its name.
3) The Pri Chodosh writes: On this day the Jewish people were commanded to fulfill their first mitzvah – to set aside the lamb as a sacrifice. (Note: The mitzvah of Rosh Chodesh was not one they practically fulfilled at that time on that month.) This significant achievement is therefore called Gadol. Additionally, by fulfilling this first mitzvah they became like a child maturing into adulthood – they celebrated their Bar/Bat Mitzvah. In this light, the name Shabbos HaGadol would translate: The Shabbos the Jews became gadol/mature adults.
4) The Chasam Sofer writes: On this day the Jewish people fully ‘returned’ (Teshuvah) to their commitment and faith in G-d (as explained in reason #1). G-D is called gadol. Therefore, the Jewish People who embraced and subjugated themselves to G-D earned the title gadol as well.
5) The Shibolei Haleket writes: The customary lengthy Shabbos HaGadol speech makes the Shabbos feel long, drawn out, and ‘gadol’. (A similar reason is given for Yom Kippur being called Tzoma Rabba / The Big Fast – it feels long!).
6) Rabbi David ben Joseph Abudarham writes: In the Haftorah of the Shabbos prior to Pesach we read the possuk: “Henei Anochi Shole’ach Lochem Es Eliyahu Hanavi Lifnei Bo Yom HaGadol V’hanorah.” This reason places Shabbos HaGadol in the same category as Shabbos Chazon, Shabbos Nachamu, and Shabbos Shuva for their name is derived from the Haftorah.