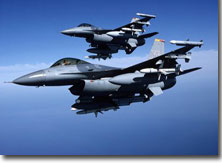 We want to keep you informed about what is taking place here in Sderot and am not sure how to do that without e-mailing you to death… and we don’t want to do that. We have turned to Facebook and Hope For Sderot now has a page where we will be posting the news as it develops. We hope that works. Any suggestion, comments or Ideas we would welcome and you can send them to us by clicking here.
In the mean while We have lost count of rockets, Kassams and mortars that now are not only being shot at us but also at Beer’sheva, Ashkelon, Ashdod, Netivot and just about every and any city in the south; Since last Shabbat there has to have been well over 200 rocket attacks.

There was a brief cease fire that was to go into effect Sunday morning which lasted all of about 15 minutes, which was just enough time to reload their rocket launchers. I think I slept through the cease fire!

Since then it has been downhill and one “boom” after another. Schools have been closed and the residents of not only Sderot but of all the communities within 40 kilometers of Gaza have been advised to stay near their bomb shelters or protective room. The towns that the terrorist are now targeting are town that do not have bomb shelters attached to each individual home like we have here in Sderot and there are no military bases there either!

The funeral for the Hamas military chiefs that were killed yesterday is happening as this article is being typed. Hamas has vowed as a sign of respect to the dead to launch a volley of rockets in their honor and we have been warned to stay indoors and only go out if it is absolutely necessarily. 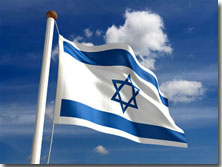 During the past 24 hours the IAF has carried out surgical bombing runs on storage facilities, launching sites and smuggling tunnels. The world is up in arms over Israel’s actions but I must ask this question…
Is there any other country on this planet that drops leaflets warning the people in the area they are going to strike, asking the people to please take shelter, giving the innocent people and the bad guys both a chance to leave? How about a country that make reverse 911 call to warn the people… Israel does and yet we are the bag guy… what wrong with this picture?

And why pray tell is there no mention in the news of the 200 plus rockets that have been fired at innocent men, woman and children in Israel?