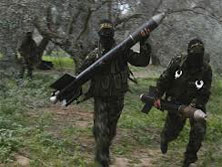 Since our last news update and the story entitled “Signs of The Next War?” there has been a steady trickle of Rockets fired into Israel from terrorists in Gaza.

Apparently this new escalation (?) is coming from a group called the “Omar Brigade”, an organization affected with ISIS. According to Hamas the Omar Brigade is wanting to start trouble between Hamas and Israel (if you can believe what Hamas is saying about the Omar Brigade).

Israel has taken the position that Hamas, the ruling party is responsible for any and all terrorist attack emanating from the Gaza strip and will respond to each attack accordingly.

Israel, not willing to take any changes had once again deployed the “Iron Dome” to the towns bordering Gaza and the one deployed to Sderot sits in a field just outside my home. With the Iron dome comes two different felling’s. 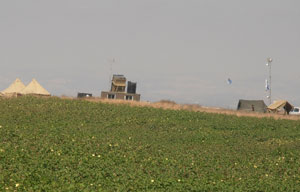 On one had to see it in place, set up and ready to respond is like having ten thousand dollars in your savings account, it’s there if you need it. On the other hand it’s very presents reminds you of last summer and Operation Protective Edge.

With the sound of fighter jets above this morning, the Iron Dome just outside, we sit waiting to hear “Tseva Adom”, knowing sooner or later it will happen; once again driving home that we do not suffer from PTSD (Post Traumatic Stress Disorder) but rather from ATSD (Accumulative Traumatic Stress Disorder) as this rollercoaster ride has been going on how for almost 15 years.

The feeling in town by the people we have talked to today is ‘Here we go again”; “last summer was lost to war will this summer be the same?”

I cannot stress enough how important your support is to the people we serve here in Sderot.

The food we give, whether it is to the local school to help feed children that come to school hungry, any of the 450 families on our list who look to us for a little help in feeding their children or ENOSH, who’s 40 clients look forward to a brunch meal every other week. 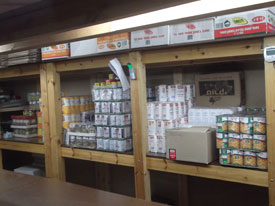 It cost $7000 a month just to keep enough food on the shelves to feed everyone and it takes an additional $1400 a month to keep the lights on, the rent paid, the car on the road anything above and beyond that is used to help with utility bills, building projects and special needs that people come to us with.

It is neither a small task nor an inexpensive undertaking. Without your help and support it becomes virtually impossible for us the help and to carry out our mission the people of Sderot. If you currently a supporter THANK YOU. If you have never supported Hope For Sderot would you please consider helping us. If it has been some time since you last helped us maybe now would be the time to help again. In either case you can start or start again just by clicking here.

Thank you for your consideration and support.

Here are the links to the recent Jerusalem Post stories concerning this new “trickle of rockets” from Gaza.