I have been trying to slow down enough over the past 4 days to update you on what is happening here in Sderot. I have started every night only to be sent to our bomb shelter from incoming rockets; so I will try to combine the past four day notes into one update. 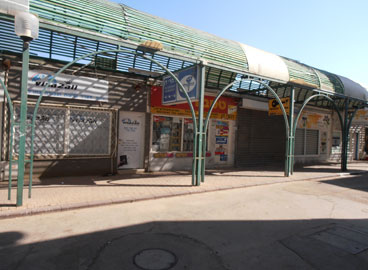 Kassams have been falling on Sderot for the past 10 days now. Three Kassams hit home and the first direct hit landed in a paint manufacturing plant. As Kassams continued to fall the IDF dispatched the Iron Dome back to Sderot.

With every Kassam that Iron Dome determines that it will hit a populated area you hear what sounds like a jet engine going through your living room. There is a certain amount of comfort to hear the Iron Dome fire, but you always know it the back of your mind that some Kassams still get through.

I told the clerk that it was odd to be able to walk right up to the window but she said “no its not… we are scared and if I didn’t have to come to work I would have stayed home.

Many stores are closed out of fear and some are close because the owners of them are IDF Reserves and they have been called up to active duty. Some 40,000 husbands, dads, sons and brothers are amassing on the Gaza border as I write this. Also as I write this you can hear the artillery being fired into Gaza.

Yesterday was the beginning of the IDF operation “Protective Edge” in hopes to put an end to the hundreds of rockets that Hamas is firing at us and not only in Sderot but in all of the south of Israel.

We went to a Moshav that is half way between Sderot and Bee’r Sheva. For the first time I realized that driving down the highway that we were still vulnerable for the twenty minute drive. On the way back the sky was full of thick black smoke from all the different explosions and fires and the air permeated with the heavy smell of smoke. 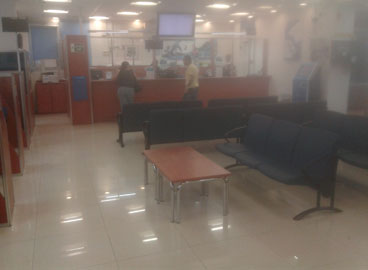 We had an opportunity on Wednesday morning to drive up to Jaffa to the i24 news studios and share what is happening here in Sderot and how Hope For Sderot is helping the people of Sderot.

While we were there three rocket that were fired towards Jaffa. The live feed stopped as we all made our way to the bomb shelter in the studio. After the Iron Dome stationed up in Tel Aviv took them out, we went back into the studio to finish the interview.

On the way home we stopped off in Ashkelon to do some grocery shopping only to get our cart
and half way down the produce isle to hear
“Tseva Adom”
. We left our cart and now ran to the bomb shelter in the grocery store.

The stress and anxiety levels this time around are much higher than ever before, patience is wearing thin and the speed limit seems to be a thing of the past as people race to go to where they must go and then race back home. No one wants to be out and away from their bomb shelter. In some cases we have to force ourselves to get up, get out and go about our daily lives but boy it sure is hard.

We have been warned that this operation might take some time to accomplish and I can’t fathom what our nerves will look like in a month from now, But for now we are coping.

We need your support and prayers. If you can support us you can do so by clicking here. If you not able at this time to help with support please say a prayer for us prayers cost nothing, just a little of your time but they can move mountains and more important Hearts. Toda Raba.