The UN requested cease fire brought a welcome 5 hour rest. For just a little while the sound of outgoing artillery fire stopped, “Tseva Adom” did not startle anyone and Iron Dome laid quiet, yet ever ready to defend us against the Hamas terror attacks. 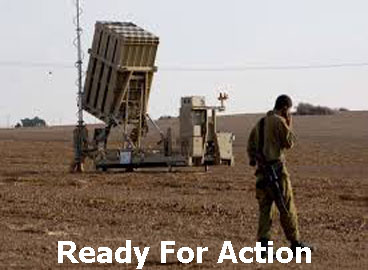 It started at 10 a.m. and ended at 3p.m. During the 5 hour cease fire Hamas terrorists fired 3 mortars into Israel… the IDF did not respond.

At 2:59p.m. Hamas terrorists fired the first rocket to end the cease fire, it was fired at Ashkelon. In the past three hours more than fifty rockets have been fired from Gaza, 3 of them at Sderot.

While other cities have been getting hammered by rockets, Sderot has been relatively quiet with only three or four a day. For the past thirteen years the rest of the country and for that matter the rest of the world have watched and listened to the stories of the terrorist attacks on Sderot and in some cases have been detached from the reality of being a target of rocket attacks until seven days ago.

As other cities are now targeted as well, that detachment is now gone as they too now run to bomb shelters. It seemed for a short while that there might be a cease fire but Hamas did not agree so one again rockets are falling and the IDF is striking back. 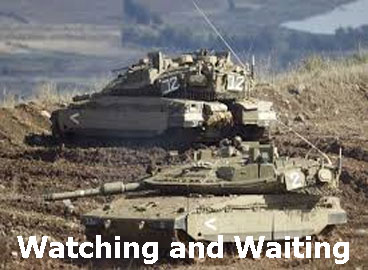 It looks now like all of Israel is a target and Hamas has shown that. Iron Dome had been proving its self as it take one incoming rocket out after another.

Thing might be worst if not for the Iron Dome. It is doing a twofold job… and doing both very well. 1. It is knocking down the rockets fired from Gaza that would hit innocent civilians and in doing so is accomplishing job 2.

If all the rocket that have been fired at Israel were not intercepted and instead hit building or home, casualties would be much higher on our side. I believe the IDF response to those sorts of attacks and possible casualties would be considerably more aggressive and I imagine Gaza by would be flattened by now and or there would be Israeli feet on the ground in Gaza. Iron Dome has in one respect also protected the Gaza residents as well by protecting Israeli lives and property. How is it that the world is blinded to the truth of this current situation?

Just a reminder, you can download the “Tsava Adom” app to your cell phone if you like by clicking on this link app named Tzeva Adom. It will give you a different perspective of what we are living with.

We still need your support and prayers. If you can support us you can do so by clicking here. If you not able at this time to help with support please say a prayer for us prayers cost nothing, just a little of your time but they can move mountains and more important Hearts. Toda Raba.