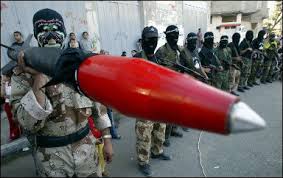 There have been reports that Hamas has either produced or has smuggled in mortars that have an eight kilometer  range. This being the case it puts all of Sderot in this new mortars range.

The concern is that when these new mortars are fired they do not have the same high arch as a Kassam does when they are fired, leaving a fear that the Iron Dome will not be able to detect and intercept them because of their low flight pattern.

According to former head of Military Intelligence and commander of the War College, Maj.-Gen. (res.) Ya’acov Amidror, The Hamas terrorists  don’t need to fire that many Kassams’ or mortars to completely change the fabric of life in the country. It will be enough for them to fire one rocket every two weeks into any city and one rocket every few weeks into Jerusalem to make life unbearable for all Israelis.

One Hamas leader said that it makes no difference if the rockets and mortars they fire hit anything just as long as they instill fear in the people. Since 2001 there have been over 25,000 rockets fired into Israel from all the terrorist groups that surround Israel; over 6000 of them exploded to Sderot. The IDF reported that of those 25,000 plus rockets 8000 of them were in fired 2014.

Rockets and Mortars are obviously a concern, but when we asked “what your biggest concern about living in Sderot and what do you think will be the biggest threat we will face in the next conflict with Hamas” the resounding response was “The tunnels”. 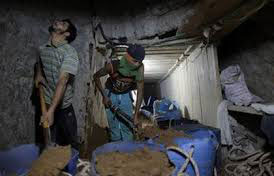 If gone undetected these tunnels can pop up in your back yard or in your child’s school yard. The tunnel reconstruction project began just a few weeks after the end of Operation Protective Edge. With unemployment running rampant in Gaza,  men are fighting for the privilege of working in the tunnels.

Israeli government officials rejects the allegation by Bar-Lev that at least one Hamas tunnel has already crossed the border into Israel. Members of Kibbutz Nirim which is just 2 kilometers from Sderot and is between Sderot and the Gaza border claims that a private company whose services they retained, carried out a comprehensive inspection, that showed a high probability of a tunnel under the houses in the kibbutz; which means within another kilometer you are in one of our school playgrounds.

The tunnels are a real threat and a real concern to the residents of Sderot. During last years “Operation protective Edge” the terrorist got within one and a half kilometers and of Sderot and just north of Kibbutz Nirim; frankly it is a very scary threat. The IDF did successfully eradicate the terrorists who were already out of the tunnel.

Living on the borders edge with Gaza cause us to quite literally, to live life on the edge of our chairs. It’s been maybe a month since the last Kassam exploded in Sderot. To people on the outside, thing look normal and OK in Sderot, but there could be nothing further from the truth.

Peoples lives have been changed, manufacturing jobs have moved away leavening many hard pressed just to make ends meet. It is for these people that Hope For Sderot is here, trying to help in any way we can and it also because of these people that you have received this newsletter. It is important to let people know that thing are not OK here even though things look peaceful and calm and you are not reading about Kassams landing in Sderot presently; but things are not OK. 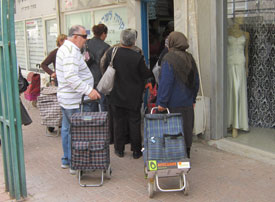 One of the many calls we received this week was from a father of ten, out of work and behind on his electric bill.  He was crying as he asked for food and for help to keep his electricity from being disconnected.

I ask myself “what can I do to help this man, I don’t have the ability to help keep his lights on…. I am asking you, what am I supposed to tell him, be full and warm and I will drop off a few candles? He is not the only one in this  situation unfortunately. I’m not trying to be funny or sarcastic but this is where the rubber meets the road, it is to Hope For Sderot they come, looking for some Hope that they will find help.

So I come to you looking for Hope as well. Hoping you will read this and maybe something will touch your heart or you will see the reality of life in Sderot. As I press the send button and I post this story I Hope you will respond because right now I do not know how to help this father of 10 and so many others who need your help.