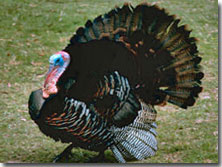 On that first thanksgiving the pilgrims and the Indians were thankful for the abundant blessings and provisions of our G-D. It had nothing to do with the kick off of the holiday shopping season. It was about giving thanks with a grateful heart to a gracious G-D. In the midst of the economic crises facing most of the world, wars and the threats of war, the reality of Kassam rockets we all have plenty still to be thankful for.

Today the residents of Sderot are thankful, only one Tseva Adom was sounded, no one killed or injured physically.

Mentally it is quite a different story and that is the point of these Kassam rocket attacks. To cause the people of Sderot to live on the knifes edge, to all ways be preoccupied, to always worry, to wear you down.

In a recent study published by The Society for Recording Terror-Induced Trauma Cases it finds that; 55% of Sderot’s citizens had witnessed Kassam rocket blasts; 28.4% were made dysfunctional by post-traumatic effects; while 33.6% of the town’s schoolchildren aged 13-18 suffered from severe learning disabilities.

On the 5th of this month (November), 50 rockets rained down on them, two of them Grad rockets which reached Ashkelon, and another 80 rockets the following week. Eight people were injured, scores once again suffered trauma; homes, vehicles and public and agricultural property were extensively damaged for the umpteenth time.

The defense minister, Ehud Barak, in his briefing session of the Knesset Foreign Affairs and Security Committee, Monday, Nov. 24, gave this response to the lack of action taken against terrorists operating in the Gaze. The Palestinians’ eight-year long missile offensive from Gaza, Barak maintained it was worth Israel’s while to put up with “the odd missile or two fired by a negligible group” for the sake of preserving an informal truce. And you wonder why the people of Sderot walk around in a daze not only from Kassam rocket fire but from their government officials response as well.