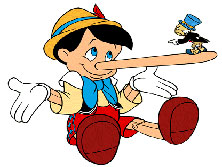 We have been working on the war boxes. We put the final touches on the list and were comparing the prices from different suppliers. We now have the final list with their cost and from what venders we will purchase them from. It seemed all pretty cut and dry, rather straight forward. But with HaShem life is never cut and dry, or mundane.

One of the people we were with wanted to get the very best price possible for us and in the course of the events asked if it was O.K. to lie to get a better price. He presented it to us this way… “Is it O.K. to tell the sales rep that we can get the same sugar bag for 3.20 shekels?” (when in reality the best price we had so far was 3.35 shekels.) Would it be O.K. to lie? After all this is noble project, it’s business”.

There was only one response to that question “a lie is a lie, it’s not O.K. to lie.” He protested “But it is business and everyone does it.” In response we said “True, people do it all the time in business, but it doesn’t make it right.”

We are to remember Shabbat and honor our father and mother. A little white lie is a lie, stealing is stealing, and adultery is adultery there are no two ways about it. The other five don’ts are also cut and dry.

How can I, how can we expect G-D to bless a lie or to bless a relationship founded on adultery or a business that has two sets of scales or books… He can’t.

For the most part we look at the “Ten Commandments” totally wrong and maybe they should have been called the “Ten Characteristics” for that is truly what they are; ten characteristics of G-D. He is the one and only true G-D who can not lie, steal, or murder; that will always be faithful to us. He is our only source of peace; His word is true and never changing. What was wrong 5771 years ago is still wrong today and will continue to be wrong until eternity comes to an end… which will never happen!

Some will protest, “We live by grace not by the law”; which of the Ten Commandments is it o.k. to break? Is it o.k. to sleep with your mother or have two sets of scales? Is stealing permitted or lying? If one were to take the time and read the 613 mitzvot or laws; other than the ones connected to the temple and animal sacrifices, which ones don’t apply to our lives today?

How can we compromise the truth even if it is just a little white lie trying to get a better price for a noble cause? If you have never looked at the 613 Mitzvot you can click here to read through them. When you read them don’t look at them as a list of do’s and don’ts but rather a glimpse of the nature and character of our loving and never changing G-D.

When we read the stories of the Tanakh, the Bible we look at the people, some good some not so good, some godly some ungodly, but if we don’t see G-D on each and every page showing us who He is then we are missing a big part of that book.

You can look at the life of David and see his failures and accomplishments in his life but if we don’t see the G-D, who calls, loves, forgives and uses flawed people then we missed a big part of the story. If we don’t see the characteristics of G-D on each page, in every story, if we don’t learn who He is and what he is like how will we ever be able to “be holy as I am holy”, how will we ever be able to imitate our Father in heaven? Just a thought.