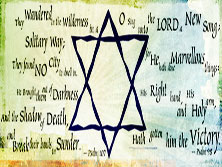 Israel will celebrate its sixty-second birthday of being re-established as a nation on Monday the 19th. On Sunday night the nation will for the second time in as many weeks come to a stand-still as sirens will wail throughout the country as we remember those who have given their lives to enable us to celebrate on Monday. In respect to the fallen even the majority of the television stations have gone off the air until the day of remembrance is over.

Here in Sderot the streets are lined with state and city flags. The park is getting ready for live entertainment, there will be a display of army vehicles, street vendors will set up food booths, and souvenir stands will sell their toys, and what would a birthday celebration be without fireworks? They will light up the skies on Monday and tuesday night.

The memory of fallen solders, those killed here in Sderot by Kassam rocket attacks, the great Israeli statesmen who have served the county are all part of Israel’s history. They must never be forgotten. They are, however, only part of the reason why Israel will put sixty-two candles on her cake, though.

The One who must get the full credit and all the glory for the re-birth of the nation of Israel is her G-D! G-D promised that as long as the sun comes up and the moon goes down there will always be an Israel. The land that everyone wants was G-D-given to Israel as an everlasting covenant, and all the king’s horses and all the king’s men will not take it away from her, because G-D said so!

Of the two portions from the Tanakh or Bible that come to my mind right now, the first is Ps 122:6: “Pray for the peace of Jerusalem: ‘May they prosper who love you.’” We are told that there is a blessing for those who pray for the peace of Jerusalem. The sad reality is I don’t believe there will be peace in Jerusalem until the Messiah comes, when He will bring true and everlasting peace and healing on His wings.

The second scripture is 2 Chronicles 7:14 “if My people who are called by My name will humble themselves, and pray and seek My face, and turn from their wicked ways, then I will hear from Heaven, and I will forgive their sins and heal their land.

At the time this scripture was penned there was a problem with the nation of Israel… it seems that they called themselves G-D’s people but they were not humble, they stopped praying, stopped seeking His face, and began doing wicked things. It’s sad that some things never change.

There are many problems in the land of Israel, as there are in America as well. We say we are called by His name and if that be the true case we need to take heed to 2 Chronicles 7:14 because I believe that is our only hope.

Yes, on Sunday we will remember those who gave their lives, and we will celebrate what they built on Monday, but today if you are called by His name and claim to hear His voice, then, “Do not harden your hearts, but rather humble yourselves, and pray and seek His face, and turn from your wicked ways, for then He will hear in Heaven, and He will forgive our sins and heal our land”.