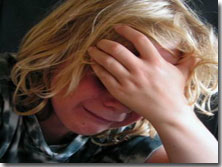 In a article published on the Jerusalem Post web site on 6 December 2008 a government official was quoted as saying “Now is not the time for a large-scale operation, although this could change the moment many people are killed in a Kassam attack,”
How many people have to die to constitute “Many” one definition of many is “A multiplicity with no upper limit” so does that mean  two or twenty, three or thirty?  Wikipedia, defines many this way…”A quantifier that can be used to count nouns; amounting to a large but indefinite number; more than a few,

more than several.” So how many mothers will loose their children, how many children their mothers and fathers? How many innocent people on both sides of the border will have to die?
In recent weeks,  Amos Gilad, one of Barak’s top aides held high-level talks with the Egyptians about extending the cease-fire between Israel and Hamas, which is due to expire on December 19.
Maybe I am asking the wrong question to the wrong people… maybe I should be asking… “O L-RD G-D, to whom vengeance belongs––O G-D, to whom vengeance belongs, shine forth!  Rise up, O Judge of the earth; Render punishment to the proud.   LORD, how long will the wicked, How long will the wicked triumph?” Psalms 94:1-3