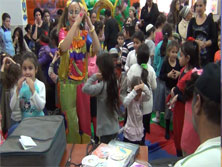 Tonight will be the fifth night of Hanukah. There are many stories related to Hanukah but the one thing they all have in common is a “miracle” happened. For some it was the ability to re-dedicate the Temple, for others it was that the oil lasted eight days and for others the very fact that after seventy years of captivity there was even any oil found at all.

Five years ago Hope For Sderot had its first Hanukah party. It was just before the Gaza war started in 2008. It was the first time the name of Hope For Sderot was mentioned and its first public activity. There might have been around fifty families that were invited that night. 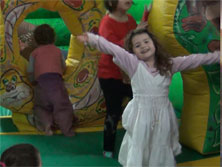 We had Hanukah gifts for those who attended and food, drinks, candy and donuts to eat. We had a clown and games for the kids. A good time was had by one and all. That year the “Miracle” was there were no Kassams that day, people came and the money needed for the party was provided.

The next year, 2009 we decided to split the party into two; one for the kids during the day and this time we invited all the kids in Sderot to come. The second party was at night for those who had been injured by Kassams and it would be by invitation only. That year “Miracle” was like the first… No Kassams that day, more kids came then the first year and the funds once again were provided. 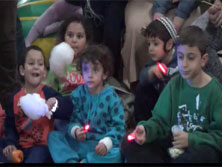 In 2010 and 2011 The “Miracle” was once again the money to have the party was provide, no Kassams the day before or on the day of the party and even more kids came during the day.

This year our Hanukah “Miracles” were the war was over and we have Shalom, peace, again the funds were provided and this year we saw more kids come to the day party them than ever before. There were so many kids this year that we need to make a few trips to the store during the party to keep the hot dogs stand open and the popcorn popping. We were absolutely blown away by the turn out 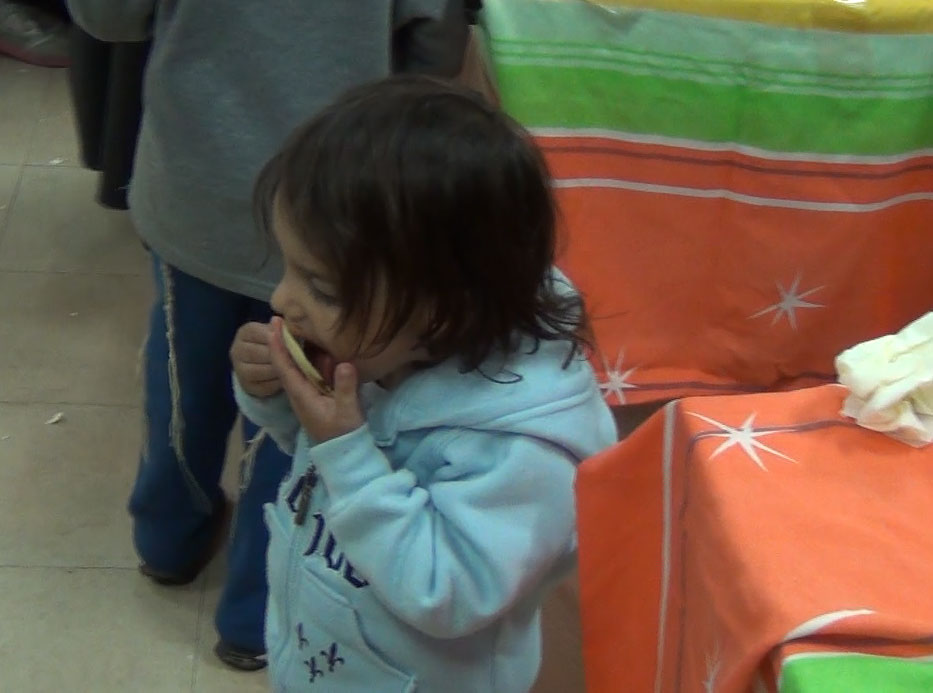 By the end of the afternoon there were no toys left to give out and out of ten pounds of popcorn we has two cups left. We got to see kids being kids, running, laughing, playing, singing and screaming as the clown entertained them.

The screams were out of joy and excitement, not out of fear and the sound of “Tseva Adom”. You see all the children that came to the party on Sunday that are eleven years of age and younger have lived their entire lives with the threat of a Kassam being launched at them at any second; So to see them having fun in a Kassam safe building was worth all the work it takes to pull something like this off. 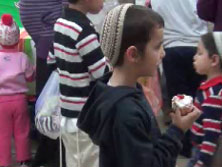 Once the floor was mopped we set up for the evening party. We spent hours and days making gifts bags for each family that came that night, the tables were set the food on the tables and the Hanukah music was playing. Our guest started to come… and come… and come.

We set the tables up like we have in the past four years but before the first Bingo game could be played we needed more tables and chairs and a second time we needed to set up another table and more chairs.

We had some guests that have joined us for the past four years and we has some that this was their first time to spend the evening with us at Hanukah. By the end of the night we heard many times “Thank You” and “We had a wonderful time. Since then we have received phone calls and text messages from others saying “Thank You”. They were all very happy suppressed with the gift bag we gave them 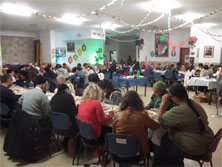 And here is where I get to say “Thank you” to you, our supporters, who some of you have been here from the very first Hanukah party and for some of you this is your first year to help us, to be part… to you all… “THANK YOU”.

Your love and support is the biggest “Miracle” of all! “THANK YOU” May the rest of your Hanukah be filled with your very own special “Miracles” and may you experience the same joy you have allowed us to share and experience with those we help. “THANK YOU”.