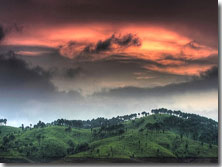 “But you did not wish to ascend, and you rebelled against the words of Ha’ Shem, your G-D” Deuteronomy 1:26

Moses reminds the children of Israel once again of their parents sin, of their rebellion against their G-D. Would this generation make the same mistake as their fathers or would they take that step of faith and cross the Jordan River and enter the Promised Land?

What a painful reminder from their leader Moses. G-D had deliver some of these children of Israel from their bondage in Egypt others

were born in the wilderness and grew up with sand, dust and a

promise and a hope. Once again they were just days away from the Promised Land.

Do you ever find yourself in that same place, being delivered from your “Egypt”, and still not trusting Ha’Shem, not willing to take that next step of faith and “Ascend”, to cross the Jordan. Yes, the previous generation was afraid of the unknown, of the fortified cities and of the people who were greater and taller than them. So they missed out on the promises and the land that G-D had promised them and they died in the wilderness.

This new generation took the steps of faith G-D asked from them and every time they took a step, He was faithful to them. What generation are we part of? The generation wondering in the desert waiting to die because we are afraid or are we of the generation who is willing to take those steps of faith even though all we see are fortified cities and a people who are greater and taller than us? Don’t die in the wilderness of unbelief but rather Ascend to the high country, to the Promised Land of our G-D.