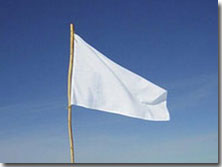 Well as of today, we still don’t have a signed cease fire and still every day, Kassams are being fired from Gaza. Not all Kassams that are fired land in Sderot.  Ashkelon and Ashdod along with the surrounding communities and Kibbutzim receive them as well. In yesterdays attack on Sderot, one of the Kassams hit a house and went through the roof. No one was physically injured, but after a mother left her home to go to the bakery, she got word from her daughter that their home had been hit; she fainted and had to be taken to the hospital.
The Jerusalem post reported this week that congressman Keith Ellison was one of three US dignitaries that

visited Gaza. When the Congressman makes comments like, “When people have been deprived and feel beat down …” or “The children [in Gaza] did not abduct that soldier, neither can they release that soldier, and neither can children stop a rocket from going off,” and the kicker… “Israel has legitimate security concerns, but we have to find a way [to make a change].  We all have to run some risks here.”

My first response to that last statement of Congressman Ellison is… “We all have to run some risks here”… maybe you would like to run the risk and move your wife and children to Sderot for a year? His comments about feeling “beat down” make me ask, “What about the people of Sderot who have lived in Terror for almost nine years.  No more do the children of Sderot deserve to be the recipient of rockets fired on them than the children of Gaza, but it doesn’t change the facts that it is Israel and the people of Sderot that need to “run some risks” How is that?

The Jerusalem Post also ran an article stating Congressman Ellison will invite humanitarian aid workers from Gaza to testify before Congress… Will you invite any of the injured people from Sderot to testify? It’s sad that this is all one sided and no matter what Israel does, in the worlds eyes it will be wrong. One day all this injustice will be made right and the occupiers of the land will be removed and her rightful owner will possess all the land G-D gave to Abraham, Isaac, Jacob and their descendants.