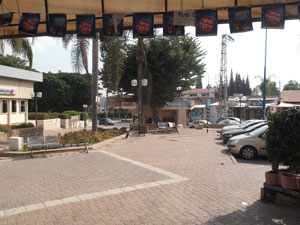 This morning the residents were put on alert to a possible eminent terrorist attack. Roadblocks were set up and security forces were deployed in full force and normally busy streets became empty.

We received the alert from the radio, television and from just about every cell phone as friends and family members contacted their loved one.

One phone call I received was from my wife asking me where I was and to please go home. Another call I received from a friend asked me if I had heard about the threat. He asked if I knew if the terrorist had a gun or a knife… that how our Monday morning began.

A suspect was later located by authorities and taken in for investigation. Initial findings determined that the terrorist suspected of having intentions to carry out an attack did not make her way into Israel. For that short period of time we experienced just one more fear just one more reason to look over your shoulder, to look at people you don’t know with a suspicious eye.

These types of terrorist attacks, these threats are no longer an isolated incident but rather an everyday occurrence for us, most days someone is injured or killed. This was our Monday morning… Here’s hoping Tuesday will be better.