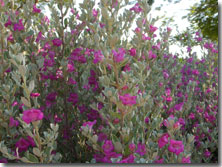 This was a week of one blessing after another. On Monday, we found out Marko’s son-in-law is the plant manager of Huggies. They manufacture various items for babies including baby wipes. Marko told them what we do, and they wanted to help us help the families in Sderot by donating baby wipes. Many of the families we help have infants, so the baby wipes will come in real handy for them. In our Hope For Sderot family, there will be four new babies born in the next few months.

Also on Monday, we were called by a produce company who invited us to come and pick up fresh produce to help our friends here in Sderot.

Tuesday we were told by Moti that his brother-in-law, our tomato supplier, that the next crop of tomatoes were being picked and to bring our boxes out to the farm and fill them up. This was probably our fifth trip to his farm to fill our van to over flowing.

No sooner did we pull up to the Moxson, that we received a phone call from Uzi. He asked if we were in the Moxson today, we told him we just got back from picking up tomatoes. He said he would be there in two minutes.

He introduced me to his friend who sells air conditioners. We were looking at prices of air conditioners as the temperature in the Moxson is hot enough to cause you to drip sweet while just sitting there; keep in mind that although Sderot is only about six miles from the sea, we are still in the Negev desert.

Knowing that the prices we had gotten so far were cost prohibitive at this time to purchase one, we were hoping that Uzi’s friend might be able to make it affordable. Make it affordable… yea he did… He will be donating an air conditioner to us uninstalled free of charge. Then Uzi, who runs one of the manufacturing units at Kibbutz Nir Am, told us that he will be sending some of his men over to install it for us free of charge! So later on this week or sometime next week we will have air conditioning at the Moxson.

And all this has nothing to do with the online trip I made to check our bank balance to find once again, The Joshua Fund had made it possible to place out next food order.

Marko’s son-in-law wanting to help in whatever way they can; Moti’s brother–in-law donating fresh vegetables; the produce company donating fresh fruit and vegtables; The Joshua Fund and Uzi going out of his way, was real cool (pun intended!) – all these people coming along side with us, wanting to be part of this work. And yet none of this is the work of man. It is the work of G-D touching people’s lives and hearts, that other people’s lives and hearts may be touched.

It’s about brother helping brother as G-D moves on our heart. So to those who help us, I say thank you for your obedience to the call of G-D. And to G-D I say, “there are no words to say the ‘Thank You’ to You that You deserve, there is no song of praise to sing or gesture of love that we can do to tell You how much we appreciate, love, praise and honor You for allowing us to be part of Your work… Toda Raba Abba!!!