The last sound of war was heard Tuesday night at 7:18 (August 26, 2014) as we entered cease fire number 11. At the end of a 30 day period Israel and the Hamas will once again meet in Egypt to see if they can come to some kind of a long term Cease fire. There are a lot of “What If’s” associated to those talks which only time will answer. 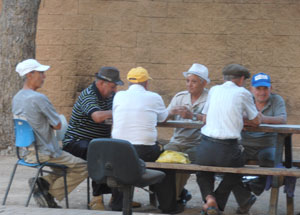 It was quite something to be out driving after this cease fire went into effect. People were out jogging, people were out walking and old men once again set up their card table and were under the street light playing card, but don’t let that fool you.

Though the “Tseva Adom” alarm has stopped sounding, Kassams have stopped for now and the Iron Dome has been removed from its place in the field, Things are not back to normal.

One person we help is still hospitalized for shock when the Kassam landed just outside her home, another is still hearing the “Tseva Adom” alarm going off in her mind, while still another has had a relapse to his alcohol problem and still another is now on anti-anxiety medication. 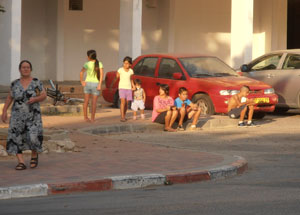 During “Operation Protective Edge” We stood strong and forced ourselves to continue to live as normal as possible. We answered the threat with a “Fight-or-Flight” response. Emotions were high, sort of like a sugar rush or an adrenalin rush but now we have hit that low that comes after the adrenalin or sugar rush and we are starting to hear of people suffering from Headaches, Chest Pain, Problems sleeping, Anxiety and Depression. 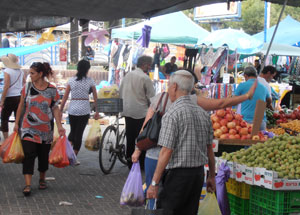 The threat is not gone; for now it is on a 30 day hold. All we have to look at is the history of past cease fire agreements made with Hamas. Their charter has not changed, their refuse to recognize Israel as the Jewish state has not changed, so it looks like the future will indeed look like the past.

For now we are thankful for the calm, for the ability to go outside with just the normal anxiety of the past thirteen years and not to add the stress of a war. Now we will start to see the emotional damage from Operation Protective Edge, now it will start to be seen and felt by us.

Your Support over the past fifty days has helped ease some of the stress level of those we help. Your love, concern and prayers were felt, as we were shown we were not standing alone. Just because the Kassams have stopped we still need your help, your support and your continued love and prayers. With the news of deep budget cuts in education and social welfare programs to help pay for the past fifty days, it is sure to effect those we help. The families we help are still in need. The single mothers we supply diapers to still need diapers. The adults that we give incontinence supplies to still need our help, Kids coming to school hungry still need something to eat. 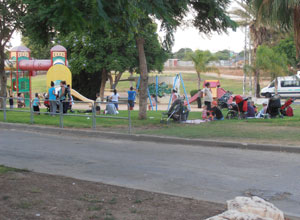 The list could go on about the other programs we sponsor and people we help, but suffice it to say, we can’t do any of this without your support. Would you please consider adding us to you charitable giving list or you can make a donation today by clicking here if you would like.

Another way to help us is through Amazon.Com. They will make a donation to us every time you purchase from them IF you first go to “Amazon Smile” and designate up as the charity you would like to help. It costs you nothing but a little time to sign up. If you can’t help now we understand, maybe you could pass this newsletter on to those on your mailing list… That would also be a big help.

Whatever way you choose to help THANK YOU!