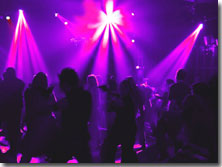 “Nevertheless the people refused to obey the voice of Samuel; and they said, “No, but we will have a king over us, that we also may be like all the nations”…

So the children of Israel wanted to be like the all the other nations, what a sad desire. They wanted a king that would lead them in battle; they wanted a king to judge them. Since their deliverance from their slavery in Egypt, Ha’Shem, G-D had lead them with a pillar of fire at night and a cloud by day; He walked in the midst of their camp; He went before them in battle, where walls fell and opposing armies became confused and
killed themselves. The only battles they lost were the ones where sin was in the camp or because they were in direct disobedience to the L-RD.

Israel was called to be different than all the other nations. They were to dress different, eat different, worship different, they were to work only six days and rest on the seventh, they were called to be separate people, a holy nation, a royal priesthood unto the L-RD. “For you are a holy people to the L-RD your G-D; the L-RD your G-D has chosen you to be a people for Himself, a special treasure above all the peoples on the face of the earth.” Deuteronomy 7:6

And now they want a king to rule over them instead of G-D. We see what happened when Israel got what they wanted – a king.  They forsook the King of kings, the King of all creation… how sad. Even sadder, with Israel’s shortcomings as our example, we are not much different; we are still “stiffed necked and hard hearted”, wanting to do things our way, picking and choosing which statutes, which commands of the L-RD we will follow.

The calling of G-D has never changed, we are still called to be “a holy people to the L-RD your G-D; the L-RD your G-D has chosen you to be a people for Himself, a special treasure above all the peoples on the face of the earth.”